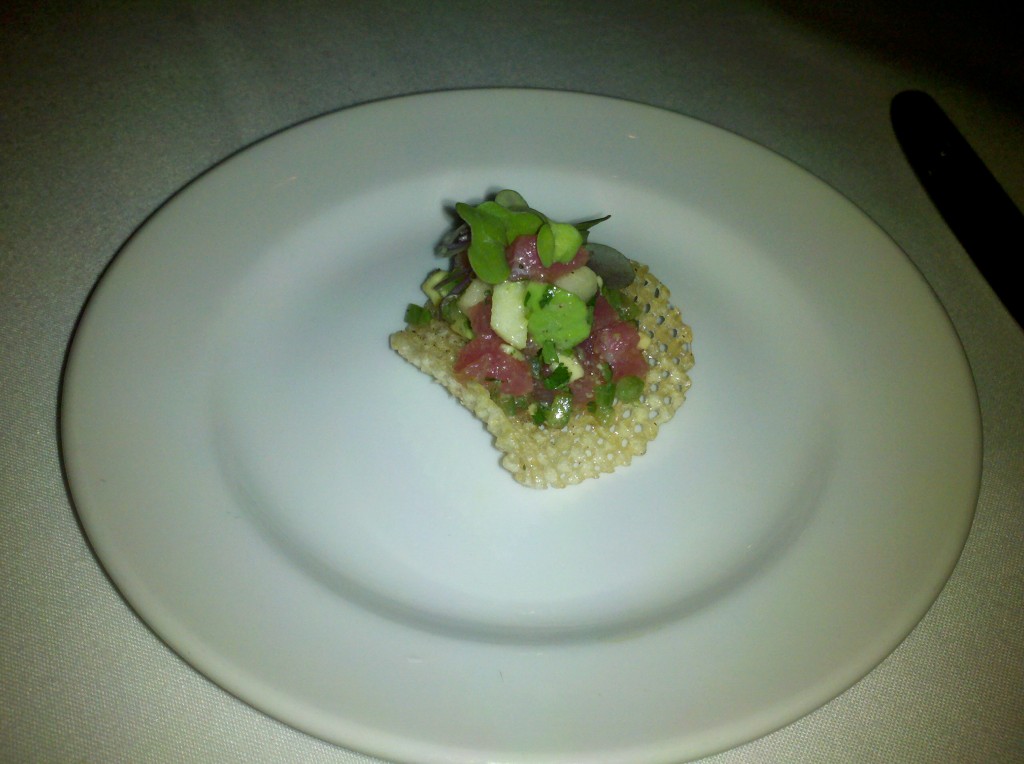 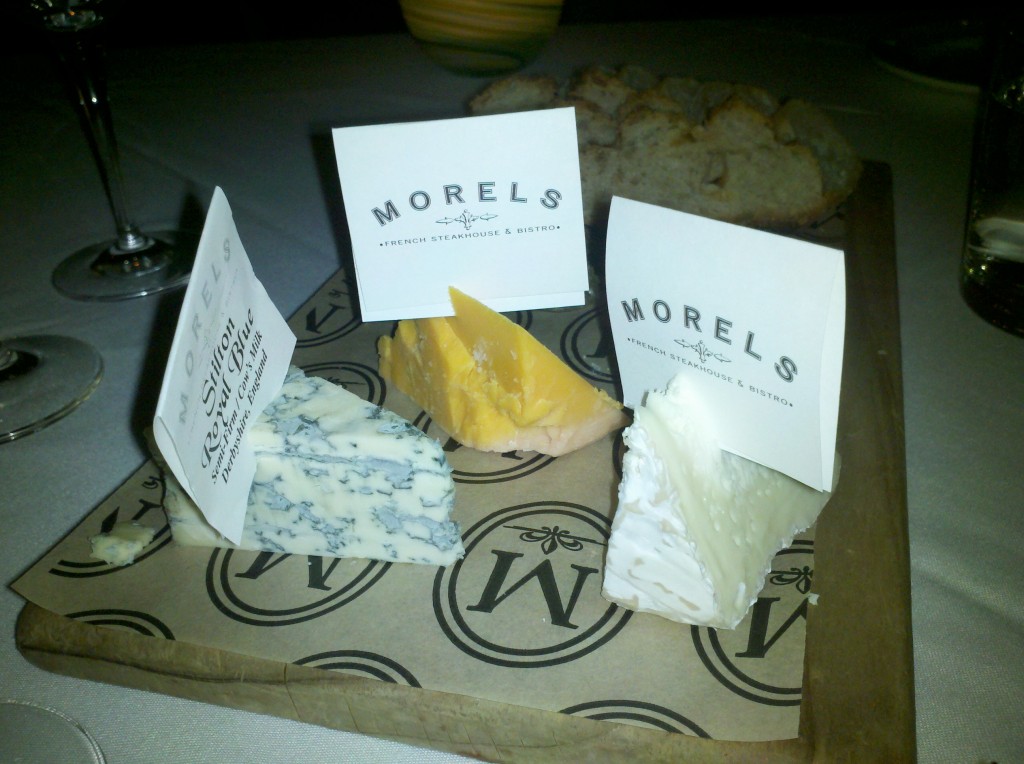 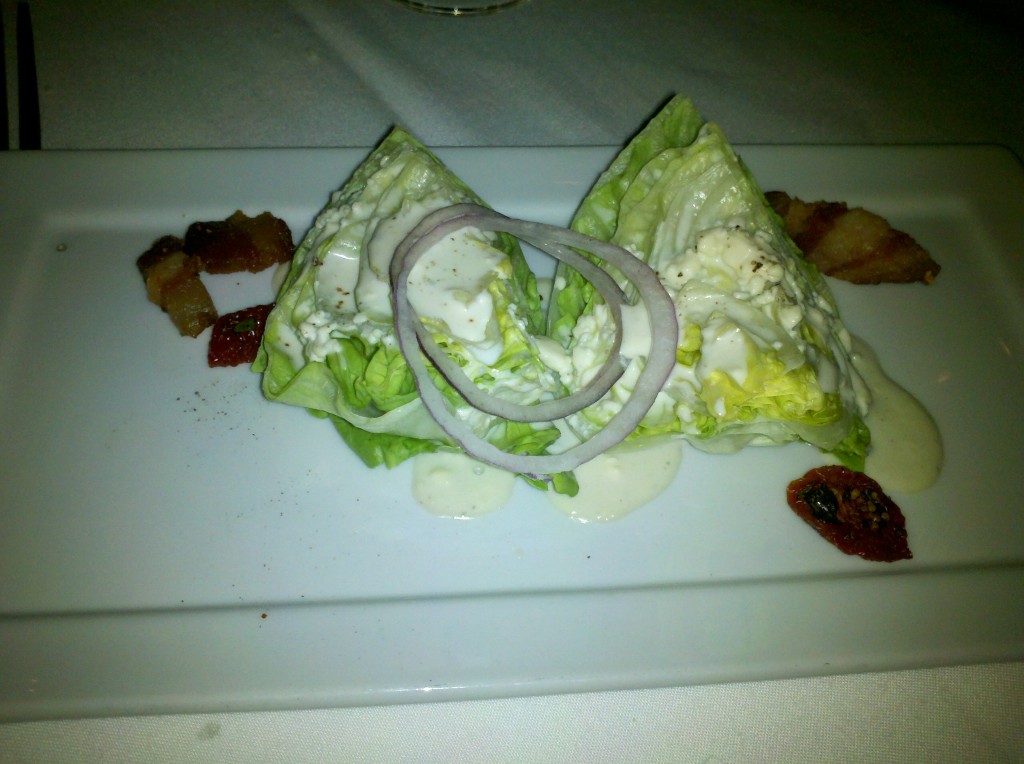 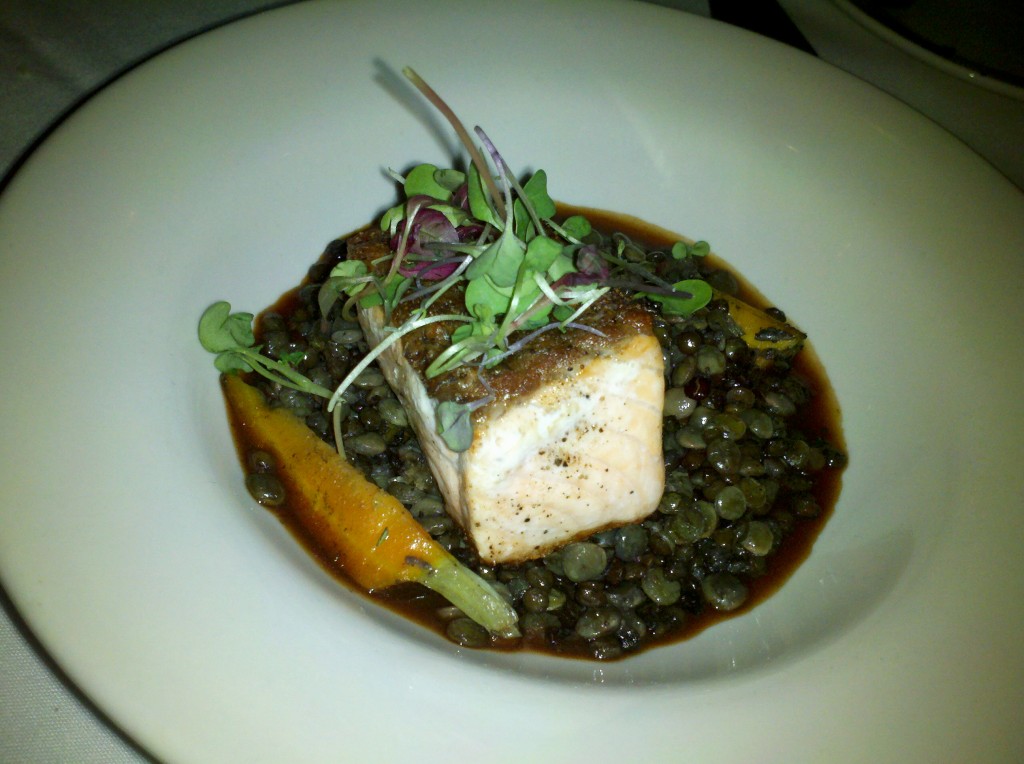 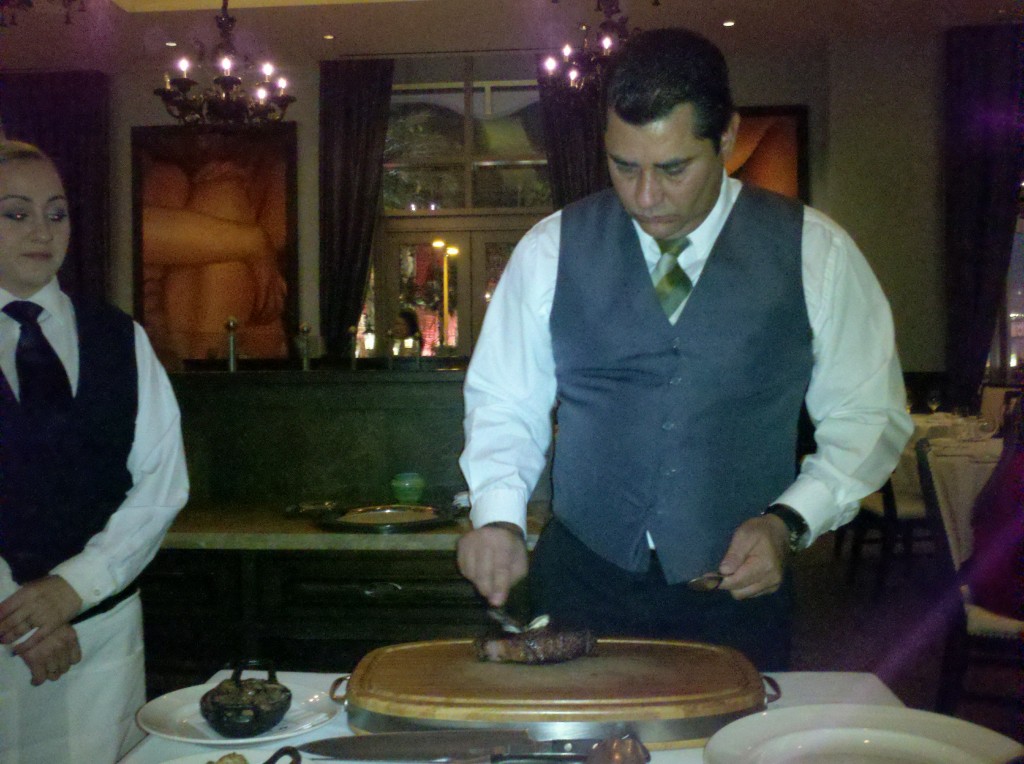 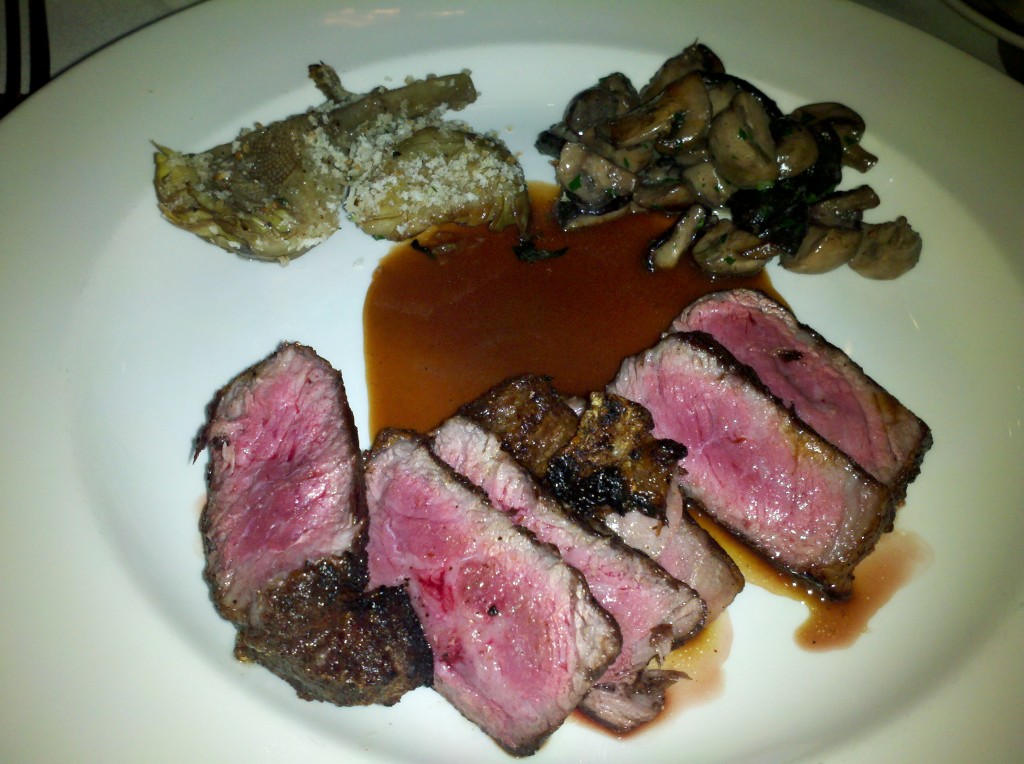 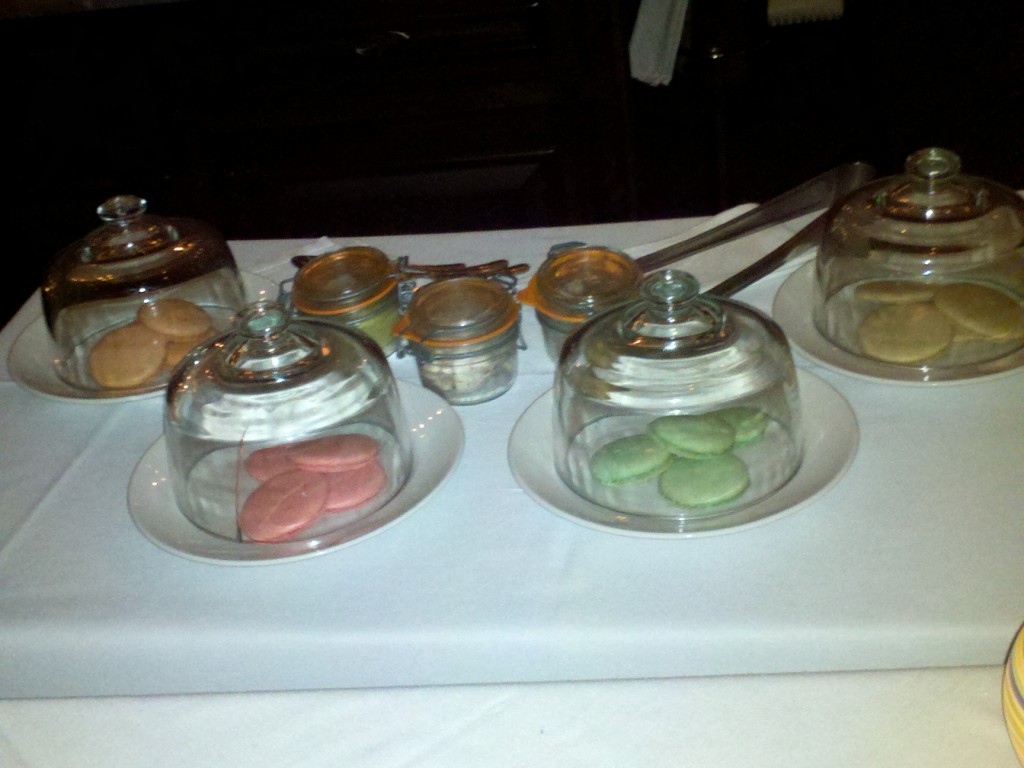 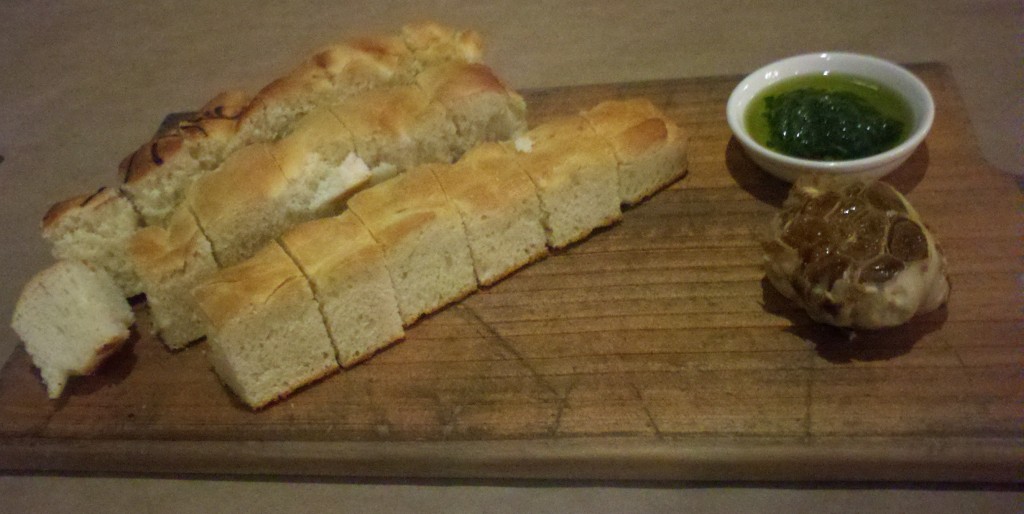 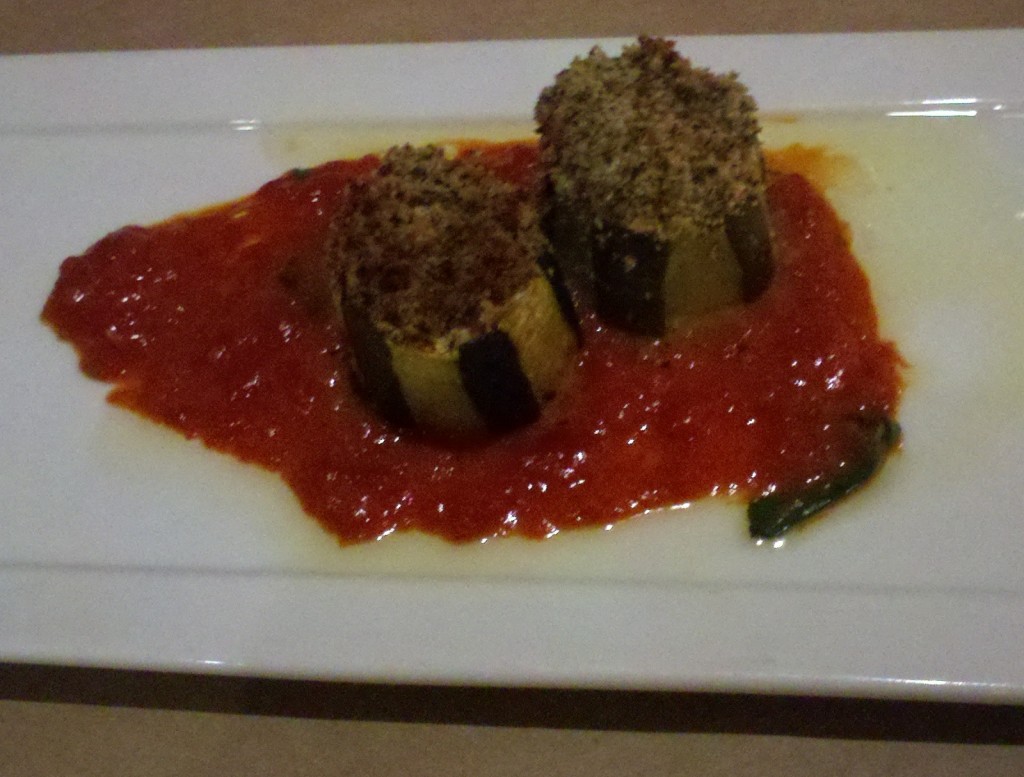 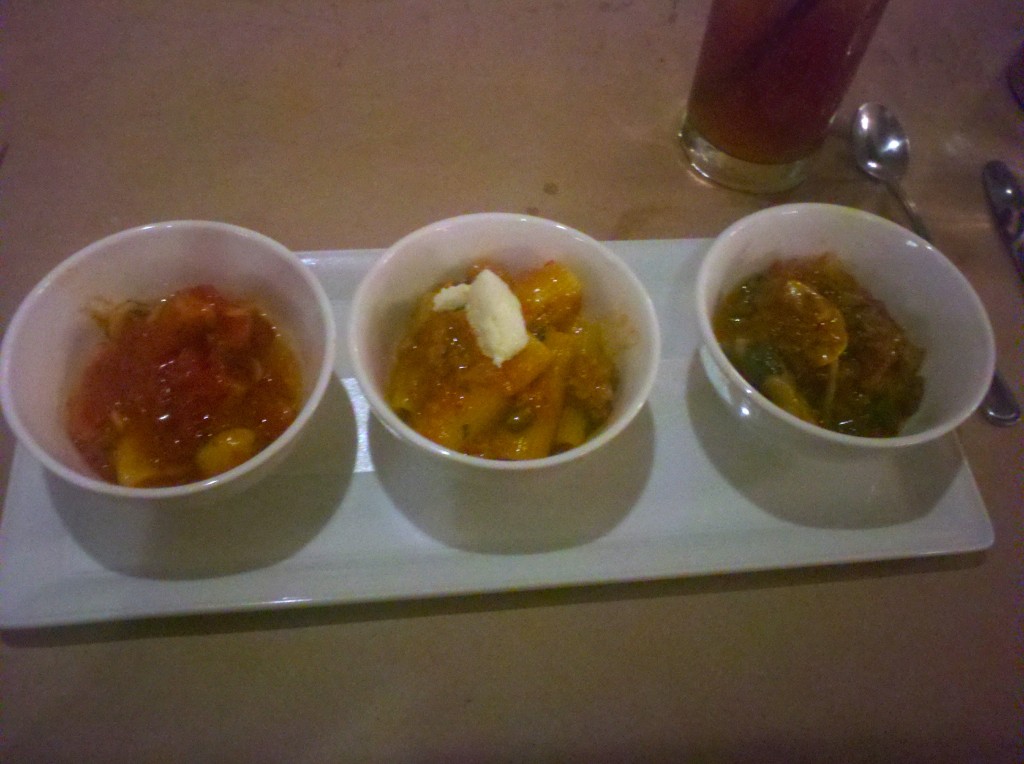 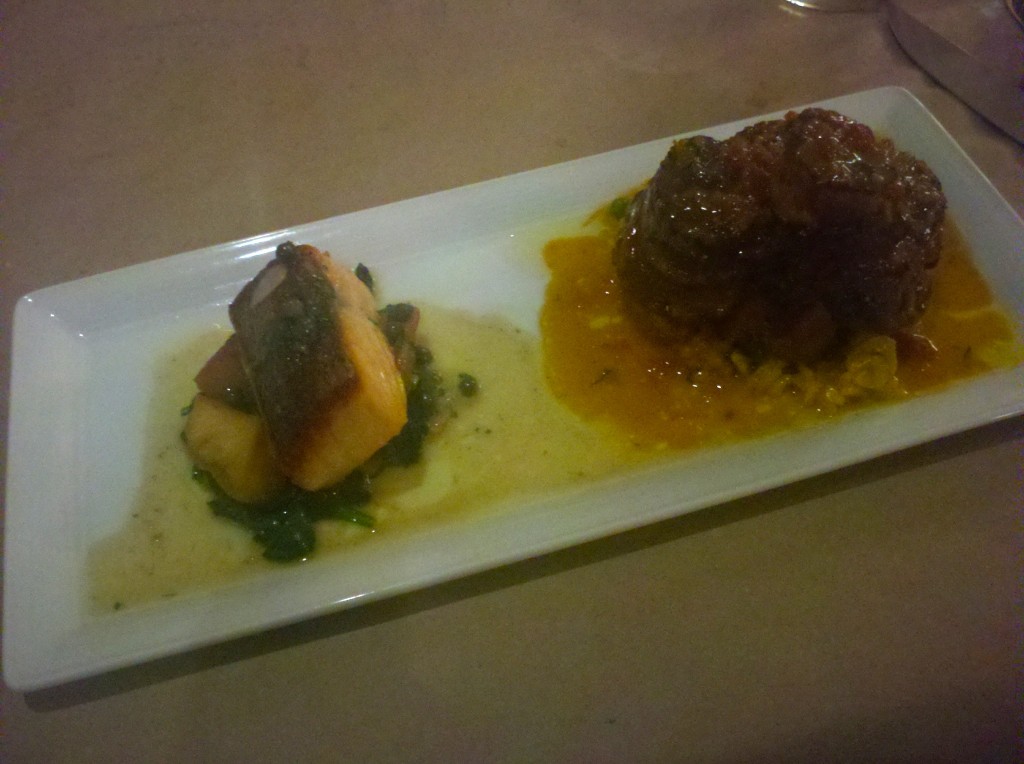 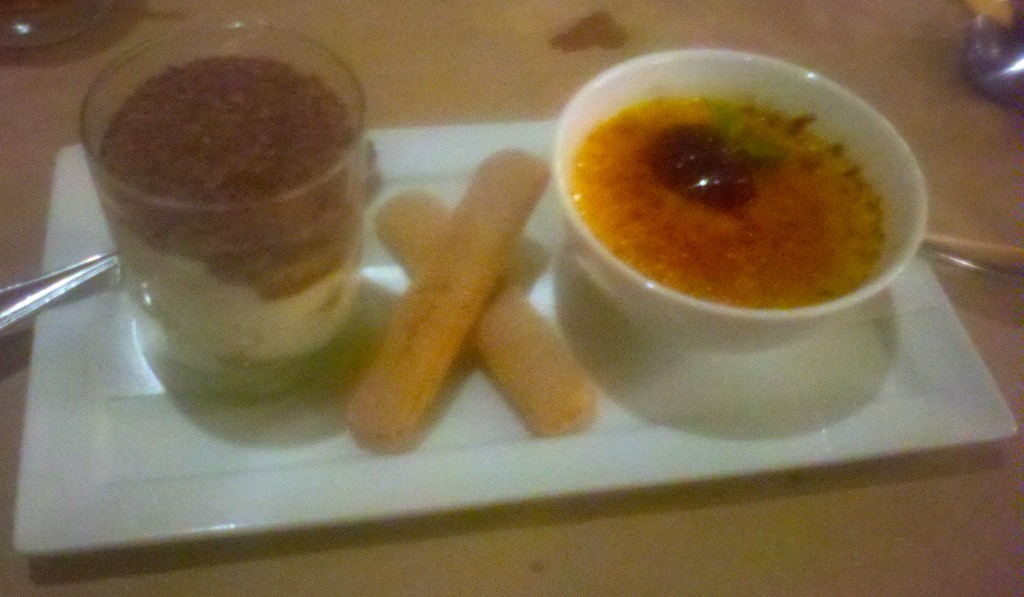 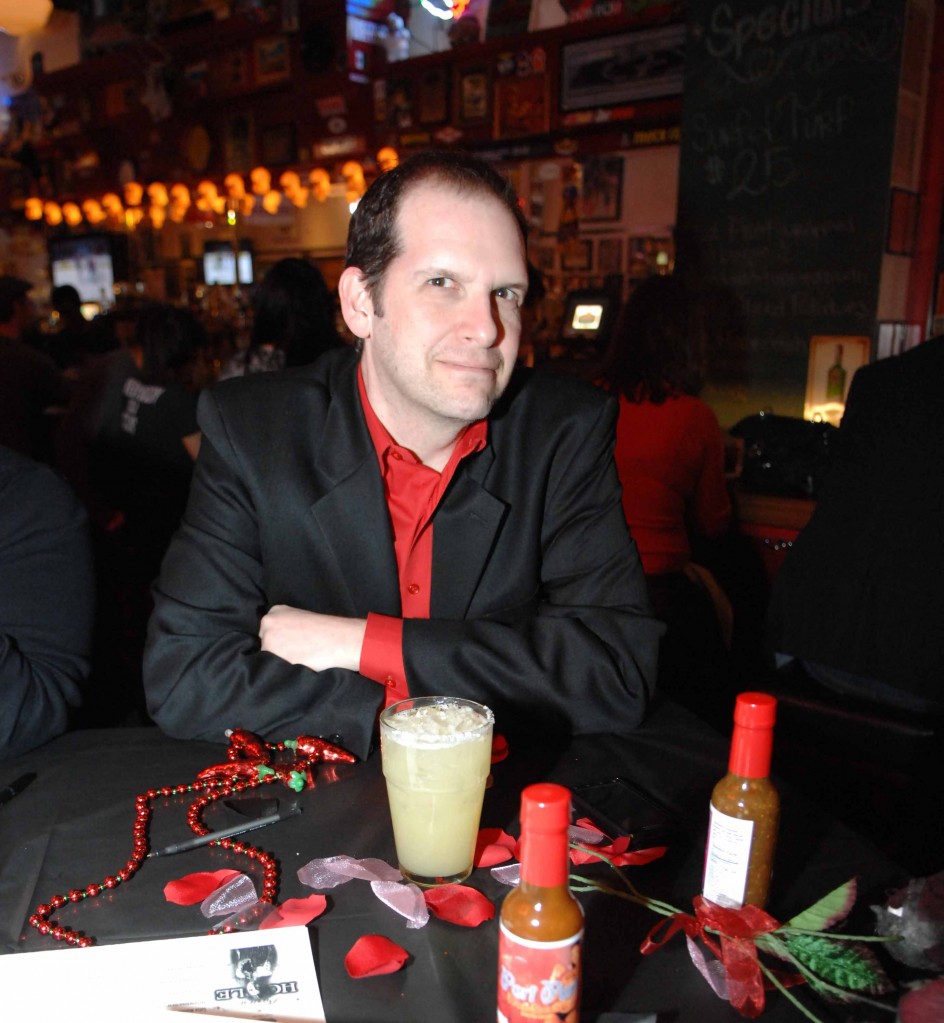 To answer the first FAQ, no this was not a salsa dancing contest. Although I may have my opinions about hot salsa dancing, and certainly hot salsa dancers, I am by no means an expert. This was salsa, as in Mexican food, and in that world, yes, I think I have some experience. So it was that on the day after Valentine’s Day, Hussong’s Cantina-Taqueria in Mandalay Place on the Las Vegas Strip invited me to join restaurateurs, a hot sauce entrepreneur and a dedicated Hussong’s regular in judging the Burn a Hole in My Heart salsa-off between Executive Chef Noe Alcala and chefs Tino Guzman and Michael Vargas (one of whom is his former and the other his current sous chef, I think). 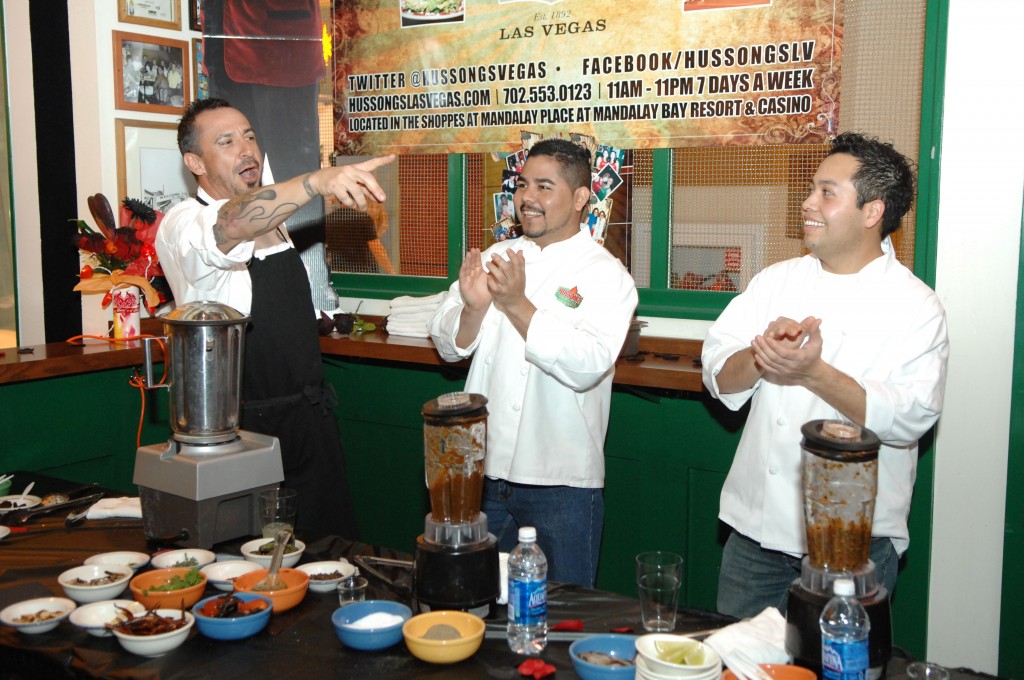 I tried to be pure about the process, but before I knew what was happening, Noe was plying all of us with shots of silver Patron, and I couldn’t turn it down. At least we’d all be on a level field. I suspected a fix when I saw Noe got to use the robocoupe and the other chefs were given bar blenders but honestly, I don’t think that affected the outcome too much. Beyond the obvious ingredients–tomato, onion, cilantro, jalapeno, lime–each took a different approach. All were far superior, by the way, to what you get at the original Hussong’s in Ensenada, where the chips are topped with a very plain, relatively dry pico de gallo of tomato, onion, cilantro and jalapeno.

The first of the three we judged used more fresh peppers and was the most traditional–a little heat, a lot of vegetable flavor. The second used a lot of smoked chilis, making it extremely hot on the back end, with a thick, almost mole-like texture. It almost won. But ultimately Alcala’s recipe prevailed with a “kitchen sink” mentality, using a wide variety of fresh peppers, two hot sauces, almost a dozen dried spices, for an all-encompassing flavor with a lot of heat from beginning to end, that stayed with you (it took me holding a gulp of margarita in my mouth for 30 seconds to calm it down). It wasn’t just the heat that made it a winner though, but the variety of “heats” and flavor complexity–also the wet but thick consistency, which helped it stick well to tortilla chips. 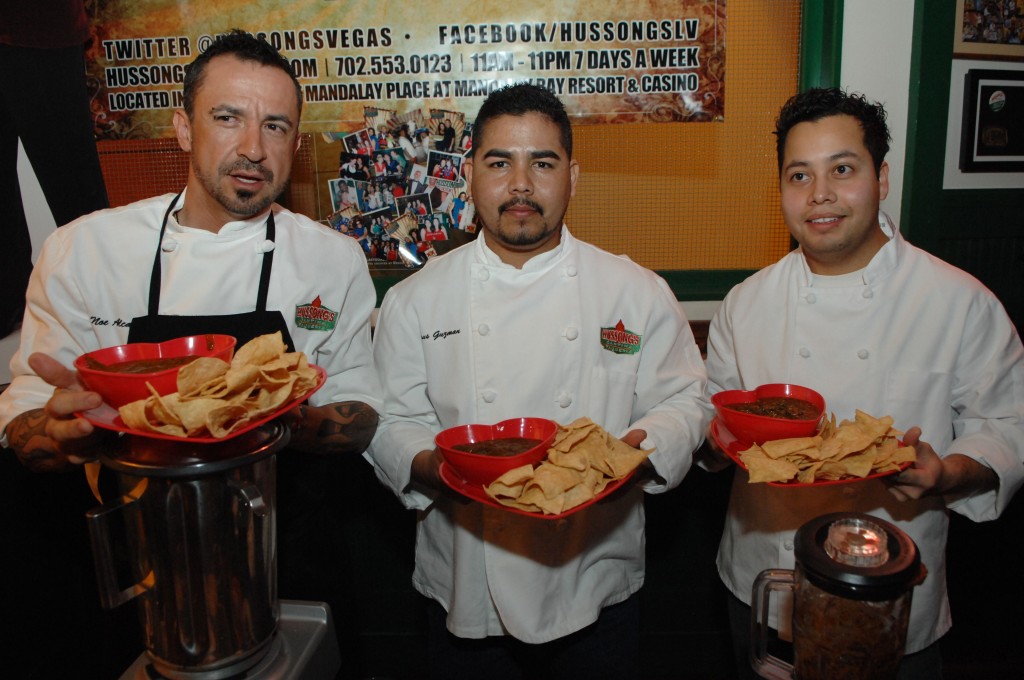