I rarely endorse corporate branded foods. Even if they might be found in my home pantry, I’m always a little bit suspect of what goes in with mass food production. But I’m making an exception for this recent random discovery: Lay’s Lightly Salted. 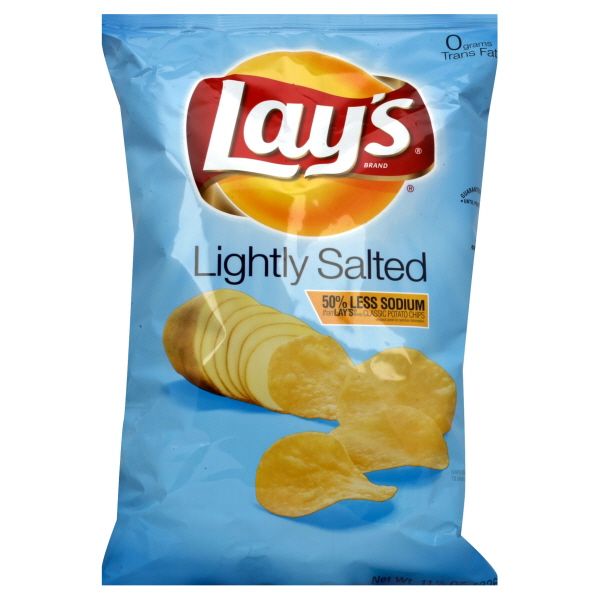 Potato Chip fans already know Lay’s as one of the most reliable, satisfying basic chips: light, crisp, and not too greasy. But let’s face it, like most chips, they’re basically a salt delivery system.

Lay’s lightly salted cut the sodium down to 85 mg per 1 oz. portion (15 chips), but healthfulness is not the only benefit. With less salt (and relatively neutral oils–see below), you can actually taste the potato. These chips taste better, in fact, than many house-made restaurant chips I’ve had. Seriously. They’re not plain, either–there’s still enough salt here for anyone but the most sodium-saturated palate.

Not to be confused with low-fat Lay’s, these do not have creepy Olestra in them. The fat is good ol’ sunflower/corn/canola, one gram saturated to 9 unsaturated per 1 oz serving. Apparently, they’re also kosher, gluten-free (duh) and have good doses of vitamins C, B6, E, Niacin, Magnesium, Thiamin and even a little Zinc and Iron. In short, they’re way better for you and your kids than a lot of so-called “natural” snacks.

Check the nutrition info at this link.

FYI: I am not affiliated with Lay’s in any way, and bought these chips myself (twice already) at the local Vons supermarket.